The great equalizer – the ocean at Anaeho‘omalu Bay

Posted on September 19, 2015 by Diane Scheurell 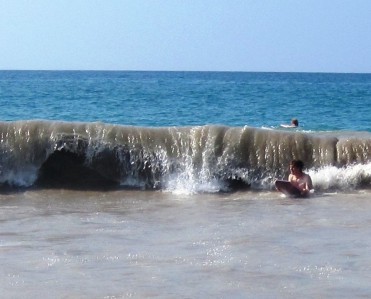 When I think about the ocean, I think of the need to respect its power. In Hawai‘i, large waves toss people about, especially unsuspecting tourists and local kids with bravado. We hear news stories of shore walkers getting pulled 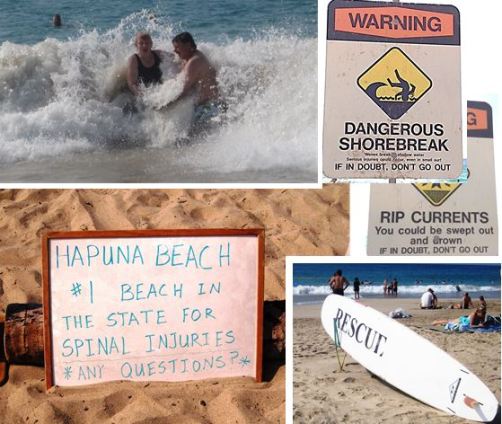 into the surf by a rogue wave; many drown. At Hapuna Beach, which is known for its regular beach breaks, I’ve been pounded into the sand by breaking waves. Often. We are warned to never turn our backs on the ocean. And even on mild days, I’ve experienced unplanned salt-water irrigations, often multiple times, until I get the message that it’s time to get out. Expert swimmers and novices alike can be pummeled unexpectedly by plunging breakers: the ocean is the great equalizer. 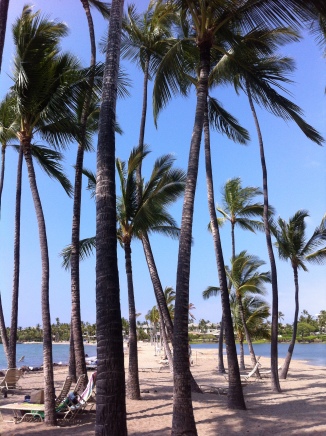 But last week, I witnessed the ocean as a different sort of great equalizer. Dianne and I went to the ocean on Friday afternoon. We have had months of rough waters and high surfs because of storm systems and multiple hurricanes passing near. So neither of us have been ocean swimming much this summer.

Last Friday was to be different with a forecast for quiet waters. Originally we were going to take her grand-daughter, so we agreed to go to Anaeho‘omalu Bay. It has the reputation for being an extra safe place to swim with a bonus of shade, something that is sorely lacking at Hapuna Beach. But the child didn’t want to go, so Dianne and I went alone. 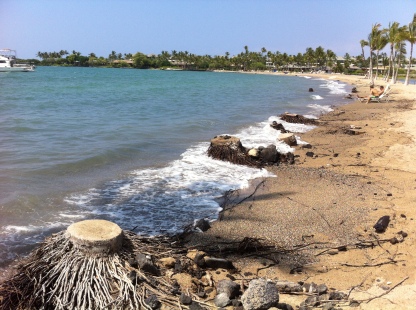 The public portion of the beach is right next to the beach in front of the Waikoloa Marriott where we used to stay while visiting the island. I hadn’t been there for several years. The water level was high on the beach because the many storms this year took out much of the sand dotted along the whole west coast. High winds had toppled trees and high tide levels poisoned root systems requiring trees to come down. But this beach remains beautiful with thorn-less kiawe and palm trees dotting the landscape, providing ample shade. The sand is a combination of coral and lava, giving it a salt and pepper appearance up close. Some people complain about rocks, but we didn’t find them a problem.

Parking our beach chairs under the palm trees, we ate a leisurely lunch from Dianne’s cooler. We laid back, enjoying the first breeze in about a month, and watched the palm fronds above us sway, anticipating our swim.

We had heard that the local beach waters were about 5 degrees higher in temperature than normal due to the Pacific Ocean El Niño, which is also responsible for the higher than average number of named hurricane systems this year (4 versus 9 so far). But we didn’t expect to really feel it. We were wrong. The water was soothingly warm with almost no waves.

In my childhood, I swam in Wisconsin lakes, never swimming in the ocean until I was 35. So my first reaction every time I get in is one of surprise – “Hey, this water is salty!” I know that fact intellectually, but somehow my inner-lake child is still astonished, and then pleased as I recognize the special nature of my current home. I hope this tiny bit of pleasure endures as I continue to live here.

We lolled in the gently rolling water, watching swimmers and paddle-boarders in the distance. Children splashed and played games in the shallows, couples teased each other with attempts to dunk the other one. Snorkelers swam by, heads down, scanning the bottom. I was fully present, relishing these moments.

Soon the snorkelers headed for shore. One sprinted out faster, grabbed something from the beach, and brought it back to the shallow water – a set of crutches. It was only then that we noticed the missing leg of the other snorkeler. He deftly used the crutches to wade back to the beach, and join a family there. We wondered how he had lost his leg. Was it a job-related injury? Was he a veteran of our army? Was he injured on a tour of duty? I sent a silent prayer for this man, and praised God for the use of all of my limbs. 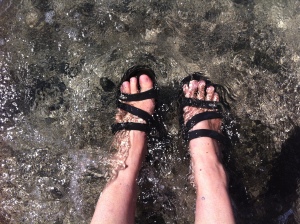 That day, I saw the ocean as the great equalizer again, this time as a gentle body that supported all and allowed all to enjoy it equally.

For other pictures of Anaeho‘omalu Bay, see The Elixir perfected.

I'm a writer and author. Check out my book, Manifesting Paradise on Amazon, and my blog, ManifestingParadise.com. I talk about Hawaii and the transformation tools I used to achieve my dreams.
View all posts by Diane Scheurell →
This entry was posted in Being present, Hawaii beaches, hurricanes, the nearby Pacific Ocean and tagged Anaeho‘omalu Bay, dangers of Hapuna Beach, swimming with disabilities. Bookmark the permalink.