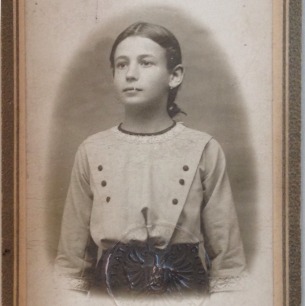 The Statue of Liberty ferry trip included a stop at Ellis Island. I was excited to see it because my grandmother, my mother’s mother, came through that processing center in 1920.

She was born Anna Müller in 1899 in the Bohemia region of the Austro-Hungarian Empire. In 1918 after the Great War, the region became part of Czechoslovakia. Her older sister had immigrated to the United States before her, and settled in the heavily populated Czech city of Cicero near Chicago. 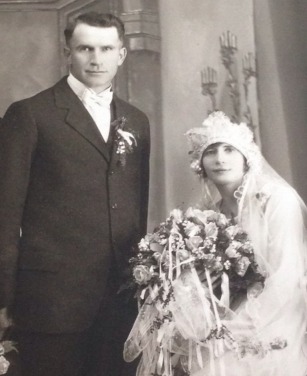 When Grandma arrived in the US in 1920, she lived in Cicero with her sister, and took a job with the telephone company.

She sometimes traveled to Manitowoc County in Wisconsin, which we had always been told, had the largest settlement of Czech people north of Cicero. There she met my grandfather, Steve Graycarek, a first generation Czech who was a carpenter. Soon he built a house for her on Clairmont Street in Manitowoc, and they married in 1927. They had two children, my uncle and my mom, Martha Ann, both of them born while Grandma was in her 30s. 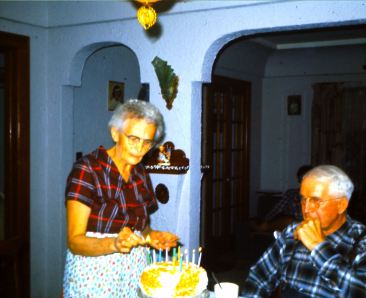 The Grandma of my youth was a tiny spunky lady, not afraid of scolding her towering husband and son, nor my dad. She rarely ate much, saying her stomach was upset, though she was a good cook. Sunday dinner was a big production: pork and dumplings with gravy and sauerkraut, hasenpfeffer (an unlucky rabbit captured by Grandpa) with dumplings and sauerkraut, beef roast with dill gravy and dumplings, maybe the occasional roasted chicken with gravy and brambories (potatoes) or dumplings. Perhaps you see a pattern. 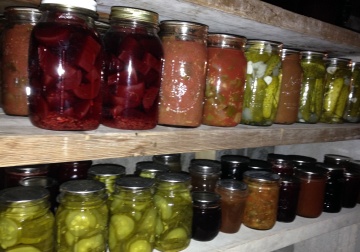 I say dumplings, but the Czech version is one giant steamed dumpling that is sliced like bread. Warning: it will expand in your stomach, so eat only one. Czech vegetables were typically sauerkraut, pickles, and pickled beets, all home canned. Grandma’s garden produced kohlrabi, tomatoes and other veggies. She could squat in that garden pulling weeks for hours. To this day, kohlrabi is my favorite raw vegetable.

We were raised culturally Czech, though we didn’t know it – many neighbors lived a similar life, and it was close enough to the German of my father’s side of the family and the Polish neighbors that we didn’t see too many differences except perhaps the amount of sugar or spices used in the pickles and beets. 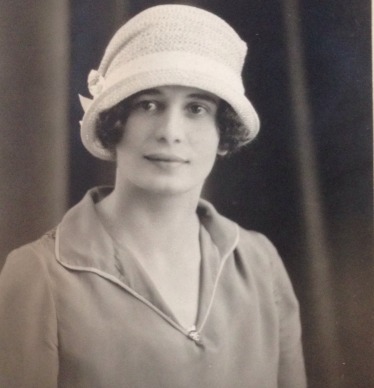 Grandma didn’t talk about her old life back in Europe, ever. And I didn’t think to ask. Only once did she explain that her bad stomach was a result of chronically not having enough food to eat during the Great War, and being sick much of the time on her steamer trip to the US. If you’ve seen the movie, Brooklyn, you probably have a sense of what that cross-Atlantic trip was like. 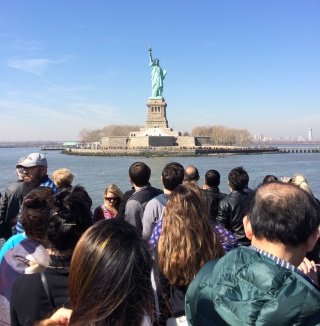 Now, here I was on Ellis Island, and Grandma’s passage into the US was staring me in the face. The exhibits and audio tour brought the whole experience to life for me.

She came by steamship, as did the majority of immigrants in those days. After passing the Statue of Liberty in New York Harbor and finally seeing that beacon of hope for themselves, passengers came to Ellis Island for processing. 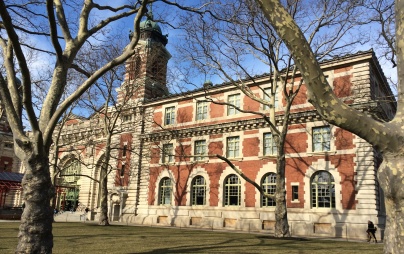 But not all. The exhibits explained that first and second class passengers were interviewed on the ship and could move directly into the city upon arrival, assuming they had no conditions that would send them back home. 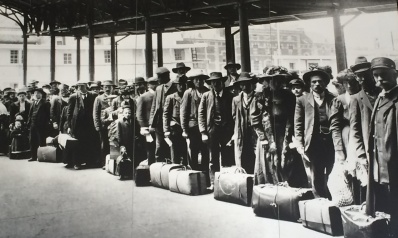 It was only the third class and steerage passengers that went through the gauntlet represented by Ellis Island. Starting in 1892, 12 million people passed through these doors, 5000 per day during the peak years up through 1924. 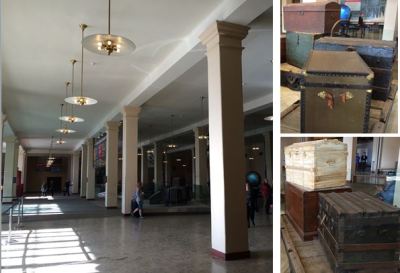 The French-Renaissance building is beautiful. It’s likely that only palaces back home were so grand, but certainly not any of the public buildings that most of these people would have ever seen. The ground floor was for baggage. People were told they could leave their baggage there, while they went through the rest of the process upstairs. Many refused to part with their meager belongings, and dragged them along. 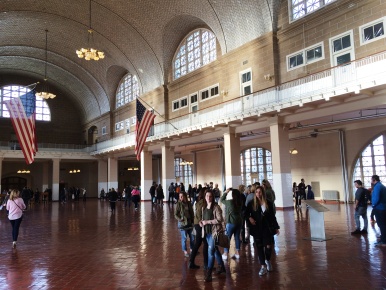 As they went up the stairs to the second floor, doctors were already evaluating them for disabilities, slowness, coughing, difficulty breathing, or any other sign of illness. When they reached the second floor with its grand floors, tiled vaulted ceiling, and chandeliers, they heard a cacophony of languages and voices bouncing and echoing off the great spaces. The sheer size, grandness and confusion must have stunned them.

There in the Registry Room, they waited on benches until their name was called to a tall table at the far end of the room, where they were asked a series of questions – up to 31 in all. The questions were designed to get at medical and legal issues that would disallow a person to enter the US. 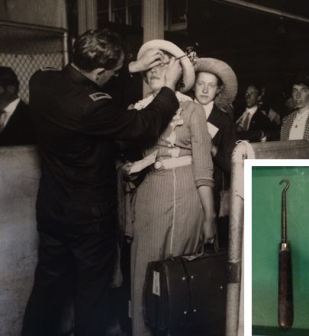 Everyone was checked for trachoma, a very contagious disease that could cause blindness, by pulling the upper lid back with a buttonhook, and looking for inflammation. This contagious eye disease was found in Southern Europe but not in the US. Anyone having it was turned back.

Most people actually made it into the US during these years. Only 1-2% of all those attempting to enter were turned back because of disease, criminal record, mental deficiency or intent to defraud. 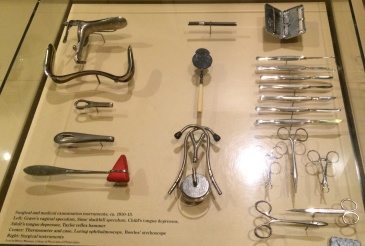 The IQ tests used to determine mental illness, and the medical instruments used to check the people are all here. Displays are set up in the very rooms where people were examined. 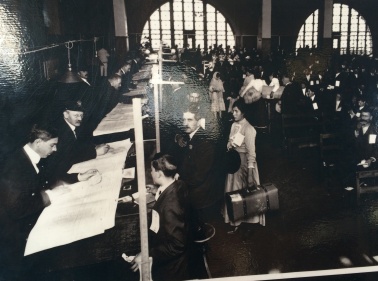 A series of questions decided their legal right to settle here. Most passed, but those requiring further review went before to a Board of Special Inquiry. You can see a hearing room where these cases were presented.

In these rooms, three officials settled the fate of those who the government thought might be a contract laborer, or become a public charge, or have an intent to defraud. Three hearing rooms each heard 50 – 100 cases every day for about 10% of the people arriving at Ellis Island. Relatives already living here were allowed to testify on their behalf. The government sent 15 – 20% of that 10% back to their homelands based on legal issues. 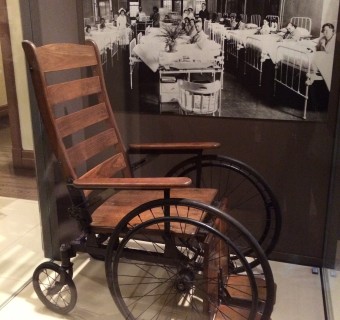 If a person was found to have measles or some other communicable disease that would eventually pass, they were sent to a hospital on the island. There they waited it out, while their family was free to go or waited for days in the Registry Room. 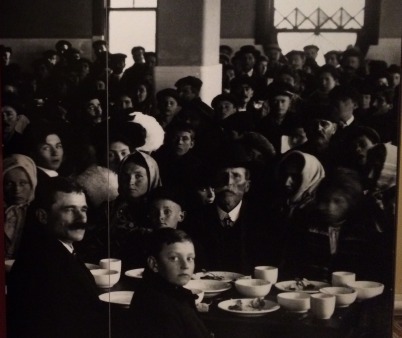 Of course someone had to feed all these people waiting to be medically and legally reviewed. A large dining hall fed people three times each day with simple but wholesome food such as baked beans, stewed pruned and boiled beef. The government required the steamship companies to pay the private restaurant concession that fed the detained people they had transported here. 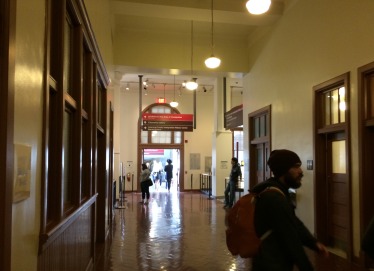 Once approved to pass into the US,you could change your money into US currency and buy some food. Then you walked down a long corridor where you might see your relatives waiting at the end of the hall. Women and children were usually turned over to their husbands who might have come years before; they waited back home while he earned the money to bring the rest of the family to the US. In an attempt to protect women, the government didn’t like to release them on their own. I wonder how Grandma made it to Cicero. Did her sister and husband have to travel all the way from the Midwest to meet her in New York? 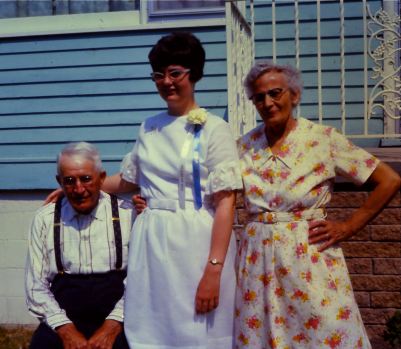 It was easy to put myself into Grandma’s shoes. How terrified she must have been.

Up until this moment, I took my life here in the US for granted. Was it not for one spunky little lady willing to take the arduous trip to America by herself, I would not be here. She and I were very close, and yet I never thought this deeply about her passage to the US before. 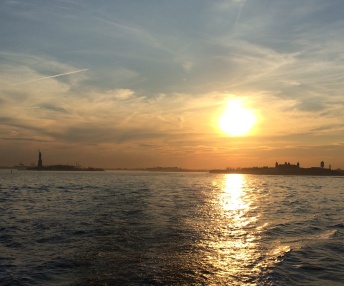 I make a point of Living Life Full Out, and getting out of my comfort zone, but I’ve got nothing on her. Thank you, Grandma.

I extend a huge thank you to my sister, who dug up the historic pictures of my grandparents. I promise to bring her here to see Ellis Island some year, where we can remember them together.

If you’d like to read more about this trip to New York, see:

Glimpses of New York – Bucket List and Flamenco, and

Glimpses of New York – Thinking like a marble on Staten Island.

I'm a writer and author. Check out my book, Manifesting Paradise on Amazon, and my blog, ManifestingParadise.com. I talk about Hawaii and the transformation tools I used to achieve my dreams.
View all posts by Diane Scheurell →
This entry was posted in German and Czech heritage, getting out of my comfort zone, Honoring tradition, links to my past, living full out, Wisconsin family, Wisconsin roots and tagged Ellis Island New York, Grandma. Bookmark the permalink.