Travel as a transformation tool: snippets from the UK

Today I opened my inbox to messages from the booking companies I used for our UK trip last summer, all with the same message – time to plan your next trip. They must time these things to coincide with finally paying off the bills from the last trip. But it did trigger a desire to finally share my musings from the experience. 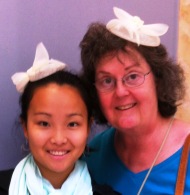 Our UK trip was an amazing, once-in-a-lifetime opportunity to give my daughters a coming of age experience. They will soon have their own busy lives, and we might not have the good fortune for extended travel in the future. So I am grateful. My wish is that they look back on this UK adventure as the beginning of a quest to satisfy their own curiosity about the world.

The hardest part of the trip was changing how I communicated. I did not have access to my blog, so I had to share my experiences through Facebook; such a different medium! Short bursts of phrases, incomplete sentences, and the expectation that pictures would tell more of the story than my words; for a word geek it was somewhat unsettling. Here are a few of my favorite entries with additional comments:

Day 1 in the UK. This trip was the first time I used my phone to read email or look at FB. Eventually the girls found me teachable, sort of. Faye thrived in London; she’s such a city girl and relishes every chance to get off the Big Island. Jade and I preferred the smaller towns.

Stonehenge was my favorite stop on this trip. People complain because it’s “fenced” but it’s just a thin little chain. The scene is spectacular, and you can view it at your own pace. I sat on the grass next to the chain and meditated for a long time. I can still pull up that yearning feeling when I close my eyes and take myself back.

By the way, if you want to get up close and personal, you can do that. It turns out that they close the information center on the solstice and open the site for anyone to walk among the stones. We arrived two days after the summer solstice, when 37,000 people descended on the site. I’m not sure that would have been any more spiritual an experience than my solitary meditation from the chain’s distance. 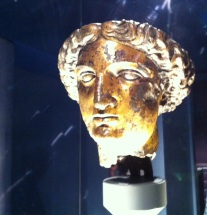 Stonehenge is near Bath. I’d been there before and had to share it with the girls. For our two-day excursion we packed only toothbrushes and clean underwear – didn’t even have a hotel ahead of time! The vibe of the town is from another era and they’ve done a great job recreating what it must have been like to use the extensive baths that the Romans erected over England’s only hot spring, back in the first century.

Back in high school I studied Latin (does that surprise anyone?) and fell in love with the Romans and all their gods. Bath has its own god, Sulis Minerva. As with other lands they conquered, the Romans adopted the local gods (here, Sulis) and merged them with their own gods. The water goddess Sulis Minerva is a contrast to our own goddess of fire on the Big Island, Pele. 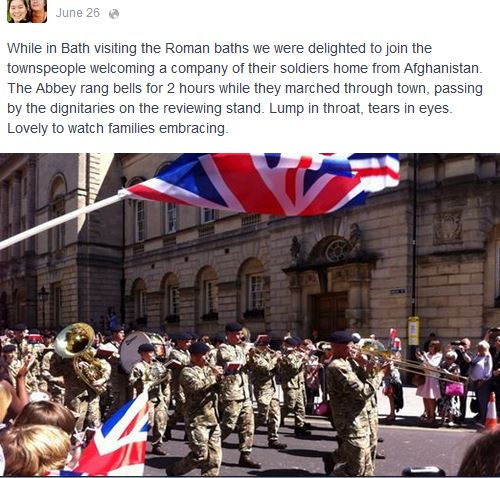 But the best part of our visit to Bath was pure luck and one of the most heart-warming experiences we encountered on our entire trip – a whole town welcoming their soldiers back from war.

It was evident as we traveled around that the memory of WWII is very much alive. Tours referenced life in the UK during that time, plaques marked the spot where bombs fell; it was just around every corner. A taxi driver about my age said that while he was growing up and the cold war raged, the government kept all the WWII bomb shelters open for safe havens in case of nuclear war. So he was in and out of them for practice drills most of his growing up days.

Prior to this trip the girls were fairly picky eaters. So I was pleased with their reaction to new foods. We tried Moroccan, Turkish, Indian, Thai, Malaysian, Japanese, and the more mundane French, Italian, British and Irish. But even then, we experimented with rabbit (Italian), the Scottish national dish of Haggis (minced lungs, heart and liver of sheep mixed with oatmeal and spices and baked in the sheep stomach), and lots of lamb cooked in various ways. But the foods were just an extension of the diversity of people we encountered there. It  was a chance to remind the girls that at one time “the sun never set on the British flag.” This island is as much a melting pot as is Hawaii.

This post was from July 1. In Edinburgh we did indeed see fancy attire and traffic lined up to go into the palace for the garden party. It was our running joke that the Queen was following us around; everywhere we went, she seemed to be visiting. Our second running joke was that if we wanted to fit in, we needed hats.

This picture was from Edinburgh, but could have been anywhere we visited. I was actually shocked by the lack of accessibility for handicapped people in many locations. Some were historic sites with original stone roads and walkways. But the government attempted no additional accom-modation.

In other places it was the regular roadway with bricks and cobble-stones that near tripped and crippled us. Most of the Tube and train stations in London required one to walk stairs, though there may have been hidden elevators somewhere. I forget how new our few public transit systems are compared to theirs. Retrofitting would be expensive and if they didn’t do it for the Olympics a couple years back, they aren’t going to do it now.

We are in the UK because Faye is beginning her college shopping. She’ll need a whooping scholarship to attend school in the UK, but it’s her choice if she can swing it. I was originally apprehensive about having her potentially be halfway around the world from us. But I have to say that this trip calmed my jitters. Each of the college towns felt safe and welcoming. 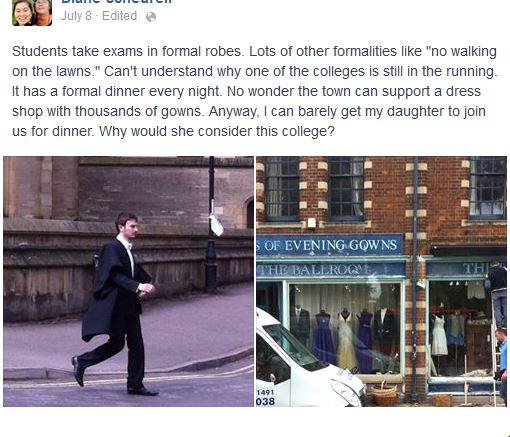 Graduation is late here; we witnessed several. The ceremony takes place over a week, each department (Edinburgh and Glasgow) or College (Oxford and Cambridge) graduating students on a different day.

We found out that Oxford has become a major tourist attraction because of the popularity of the Inspector Morse and Endeavor TV series which were filmed here. One weekend we found an Endeavor marathon on a local station and devoured every episode we could manage to watch. We were thrilled when we saw local scenes that we recognized; same with locations where they filmed Harry Potter. 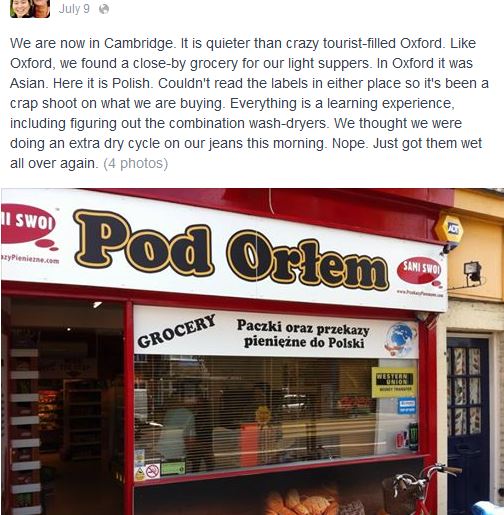 Ah yes, the combination washer/dryers, often on a timer linked directly to a power source. I found these impossible to understand. Even when we put the right amount of money in for a wash and a dry cycle, the clothes came out wet. We cut our frustration short one night by turning the oven on in the flat and hanging our clothes around the stove. It was a bit chilly that evening anyway, and the heat was turned off for the season. Too bad the fire alarm went off. Everyone else in the complex was running around in a tizzy. We snatched my underwear away from the open oven door just as the owner showed up to investigate. As he walked away, I heard him tell the other guests that the crazy Americans were drying their clothes in the oven – not exactly correct, but close.

Our last stop was Windsor, a town I had visited several times when I came to the UK for work. I love this town. You can see the workings of a royal palace at every turn. Like London, Canterbury, Bath, Edinburgh, Glasgow, Oxford and Cambridge, Windsor had so many layers of history that it’s almost impossible to take them all in. You could visit the same spot a dozen times and look at it through the lens of a different century each time. It’s overwhelming. In this context, I can laugh about our house in Racine being in the “historic” district.

Even with the passing of six months, I still find it hard to synthesize what I learned on this trip. One thing is for sure. I have to add travel to my list of Trans-formation Tools. It was a grand time to bond with my daughters. Hmm. Maybe I could consider twice-in-a-lifetime.

I'm a writer and author. Check out my book, Manifesting Paradise on Amazon, and my blog, ManifestingParadise.com. I talk about Hawaii and the transformation tools I used to achieve my dreams.
View all posts by Diane Scheurell →
This entry was posted in college, daughters, getting out of my comfort zone, learnng new things, Personal growth, Travel and tagged getting out of my comfort zone, learning new things, travel as a transformation tool, travel to the UK. Bookmark the permalink.

2 Responses to Travel as a transformation tool: snippets from the UK